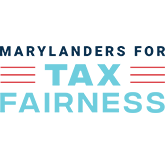 “In Senate President Bill Ferguson’s short tenure as a leader, he has managed to do what no other Senate President has ever done – raise taxes and costs on Marylanders in the middle of a worldwide pandemic. There is no doubt what took place today was a historic event, but not in the way President Ferguson hoped. This tax increase was historically shortsighted, foolish, and harmful to countless small businesses and employees, and Marylanders will remember it that way.

“While the Senate President and his allies are congratulating themselves and celebrating their power to raise taxes, hard-working Marylanders are left worrying about how to put food on the table and wondering why their leaders would take such irresponsible actions during these unprecedented times.

“Ultimately, far too many Members of the Maryland General Assembly were unwilling to fight for their constituents in the face of political pressure from their leadership. Luckily, this coalition of Marylanders is immune to that pressure. We will continue fighting this regressive tax wherever possible, including in a court of law. All Marylanders deserve to know how their elected representatives voted on this day. We will make sure of that.”